I am a traveling photographer loosely based in Raleigh, NC.

This site was designed using Brandcast.

If you enjoyed the site, please share it with your network; it would mean a lot to me.

If you are interested in publishing this essay in whole or part, please contact me at conor.egan@gmail.com.

a photo essay by conor egan

north of mexico city lies the community of Tultepec. Its modest population supplies somewhere between 50-75% of Mexico's fireworks and has been a hotbed of pyrotechnic innovation for over 1oo years. The industry supports the majority of the town but comes with a dark side: it has also taken the lives of many of its workers. Despite attempts at safety measures, the fireworks market exploded most recently in 2016, killing 42 men, women and children, and injuring over 80 more.

Resilient, the inhabitants of Tultepec celebrate their industry and its patron saint, San Juan de Dios, every year in March. This year was the 30th anniversary of the "Feria Nacional de la Pirotecnia" in Tultepec, though its traditions date much further back. It comprises 8 days of dancing, music and a showcase of pyrotechnic artistry to unite and inspire the community.

Perhaps the most elaborate (and dangerous) day of the festival is the running of the "toritos", a reference to the running of the bulls in Pamplona, Spain. However, these bulls are made out of wood, steel, wire, and paper mache and adorned with 1000's of fireworks. After a parade through town, they are pushed into the crowd and set ablaze.

It's 3:00pm and the festivities are just beginning.... 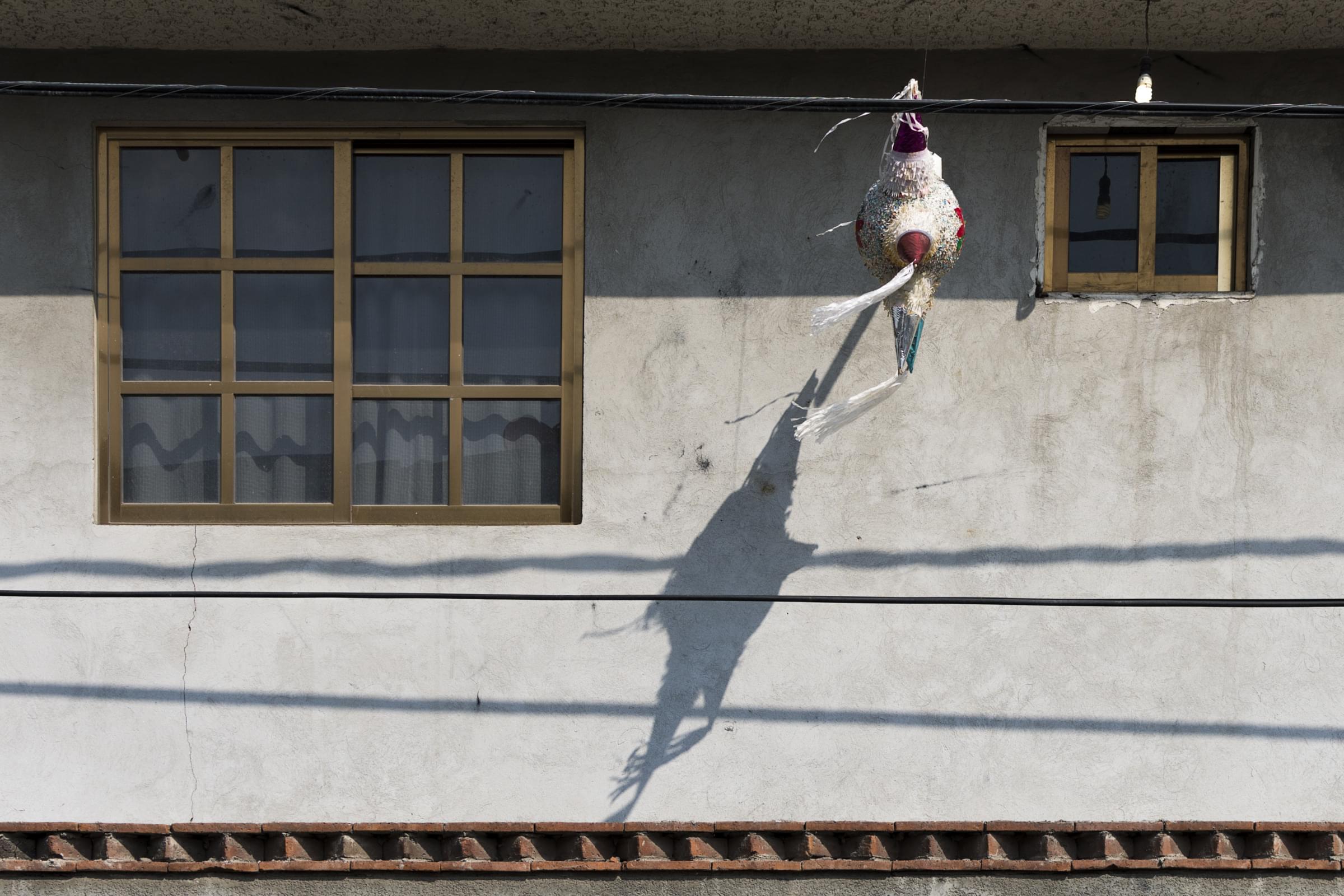 On the outskirts of town, a warm wind blows down largely empty streets past curtained windows. The sense of abandonment is belied by a distant hum of activity from the center of town. It's 3:00pm and the sun is at its hottest. The heat forces stray dogs and chickens, the only residents left here, under tables to seek shade. 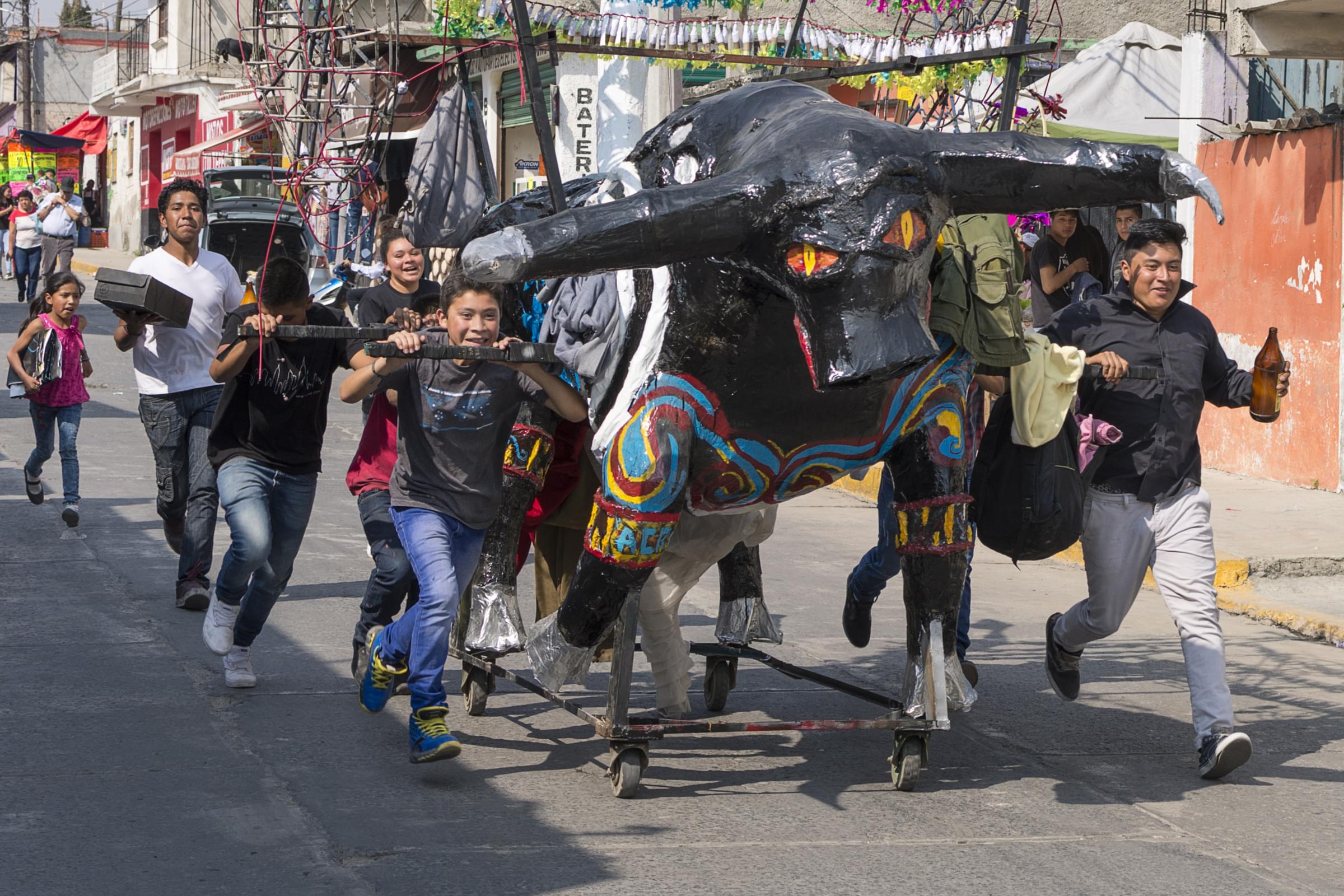 THE POUNDING OF FOOTSTEPS and rattling of wobbly wheels echo through the streets as teams, delayed by last minute preparations, hurry to join the parade ahead. 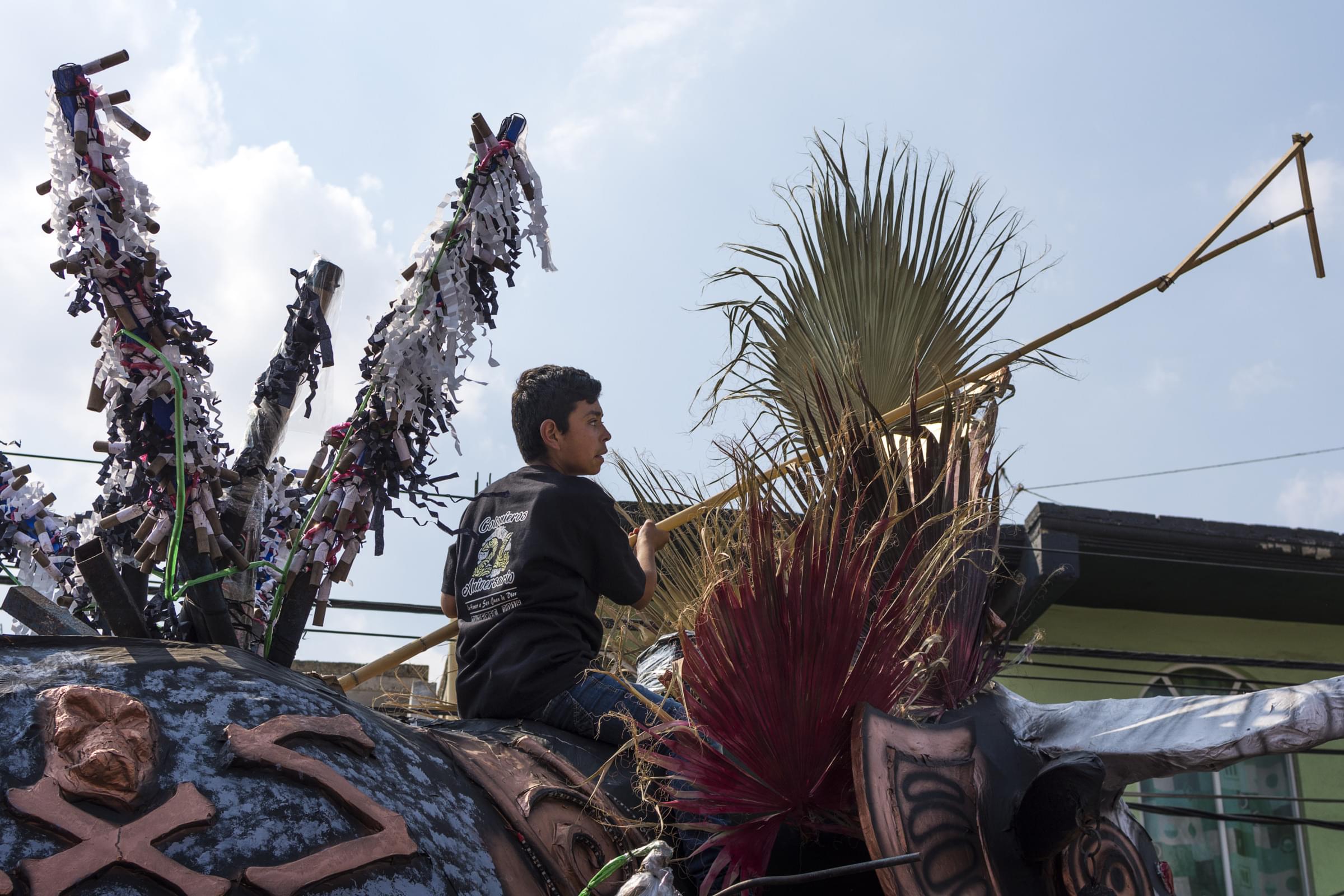 children sit atop the larger bulls like jousters. They use specialized sticks to lift sleepy power lines so their colorful beasts can rumble beneath. 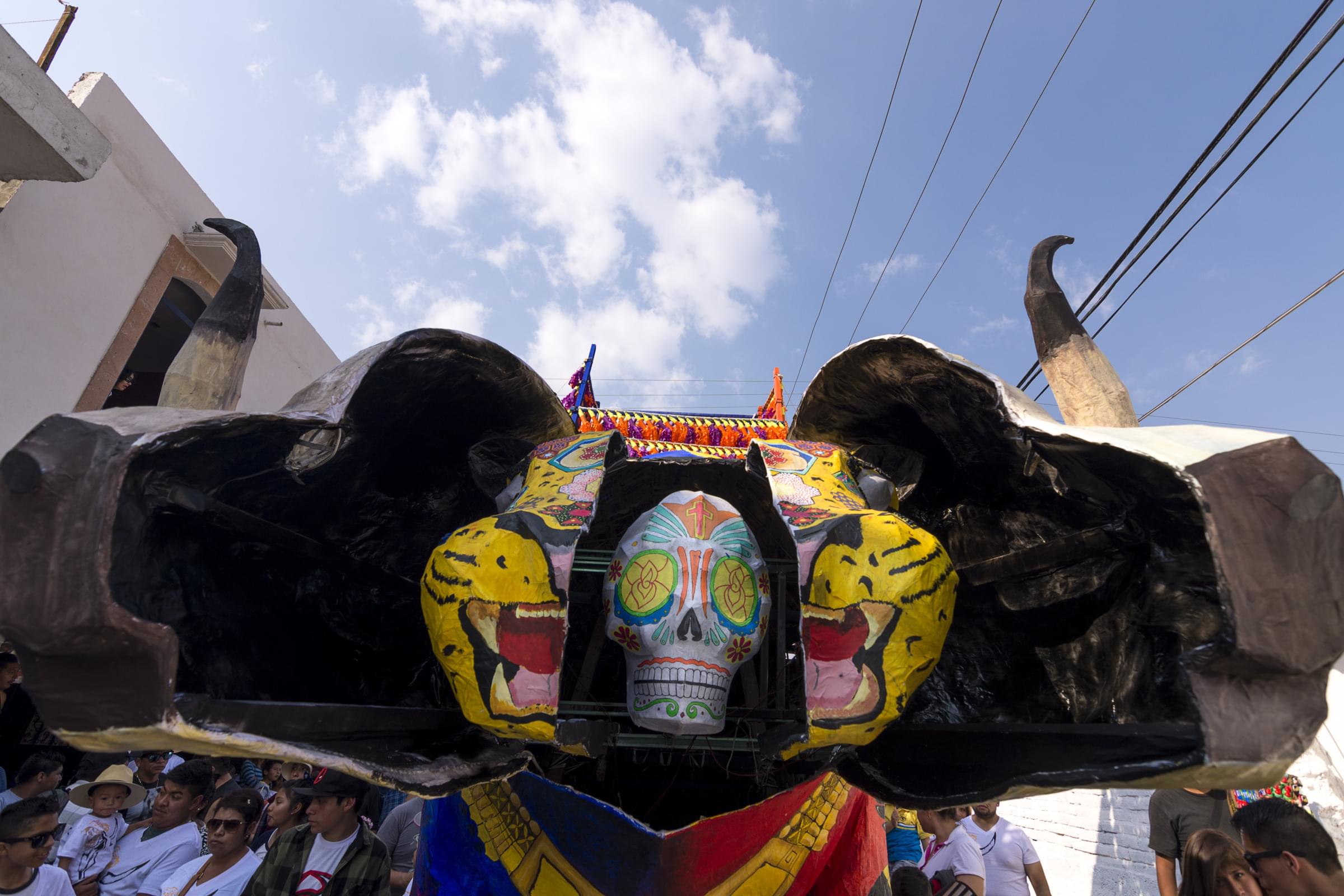 the festival reveals not only the culture of Tultepec, but also hundreds of years of Mexican tradition. 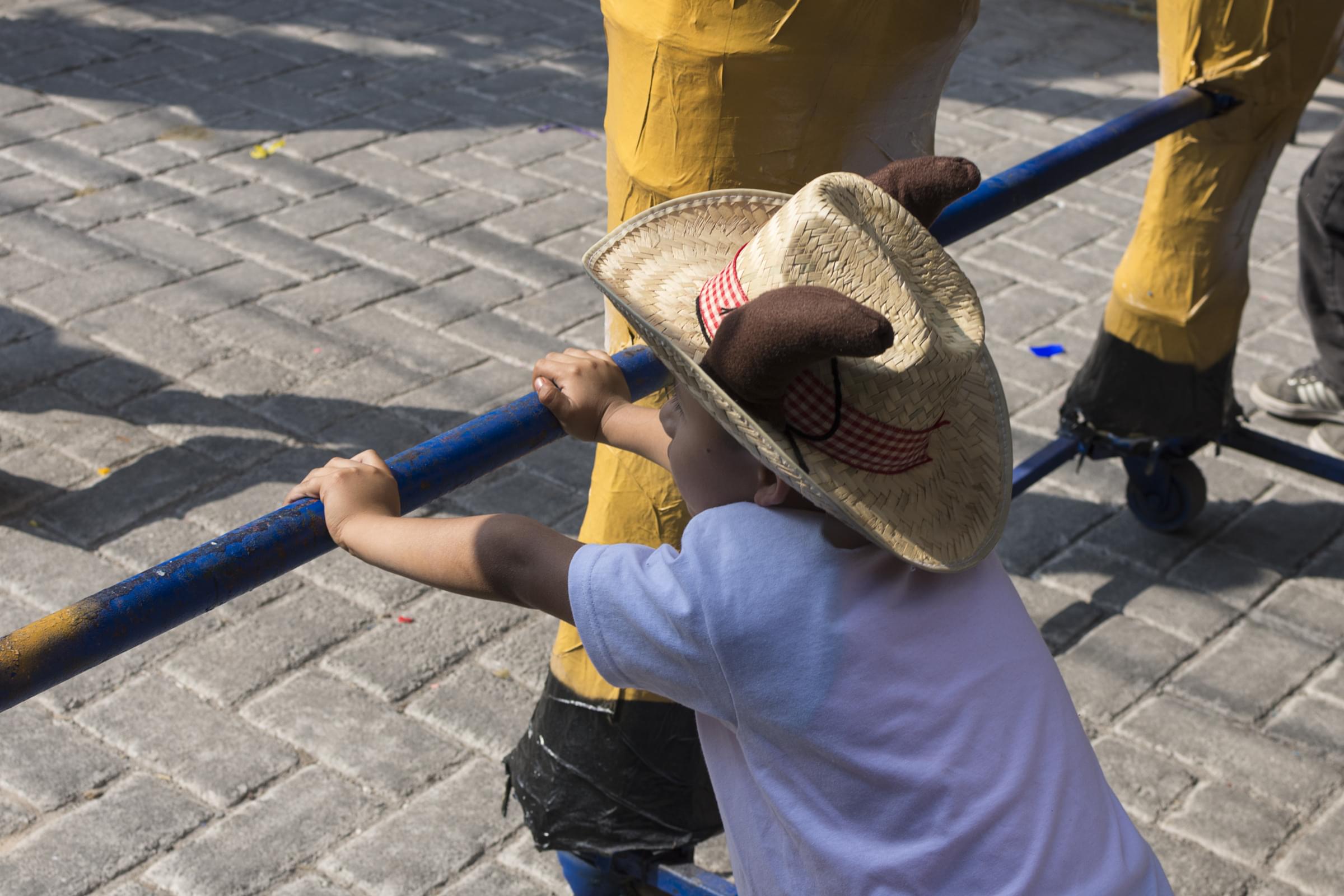 Many bulls are skewered with low handles to allow knee-high cowboys to urge the bulls onward. 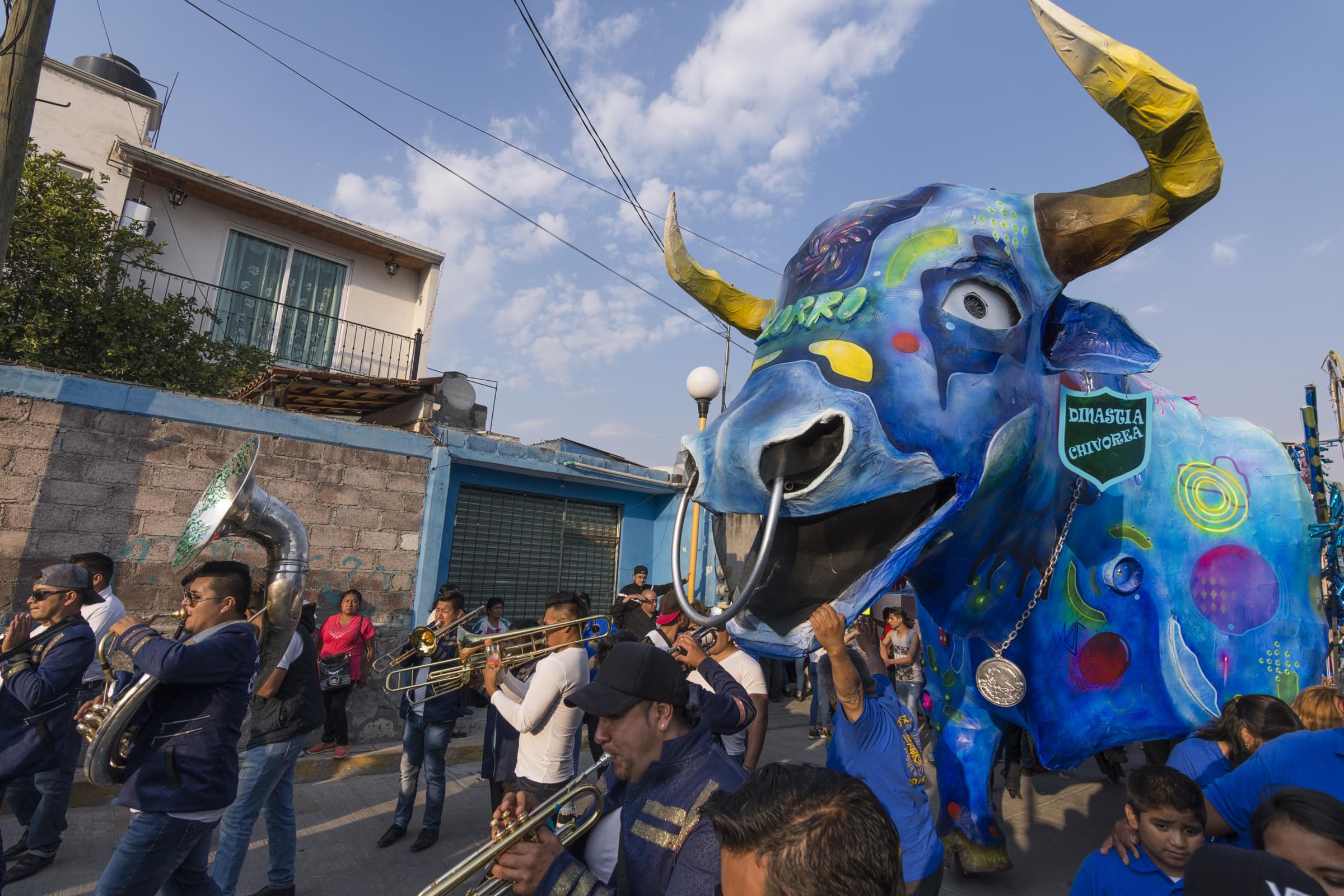 horns blare as teams announce their arrival. There are many stops to serenade larger crowds of onlookers. 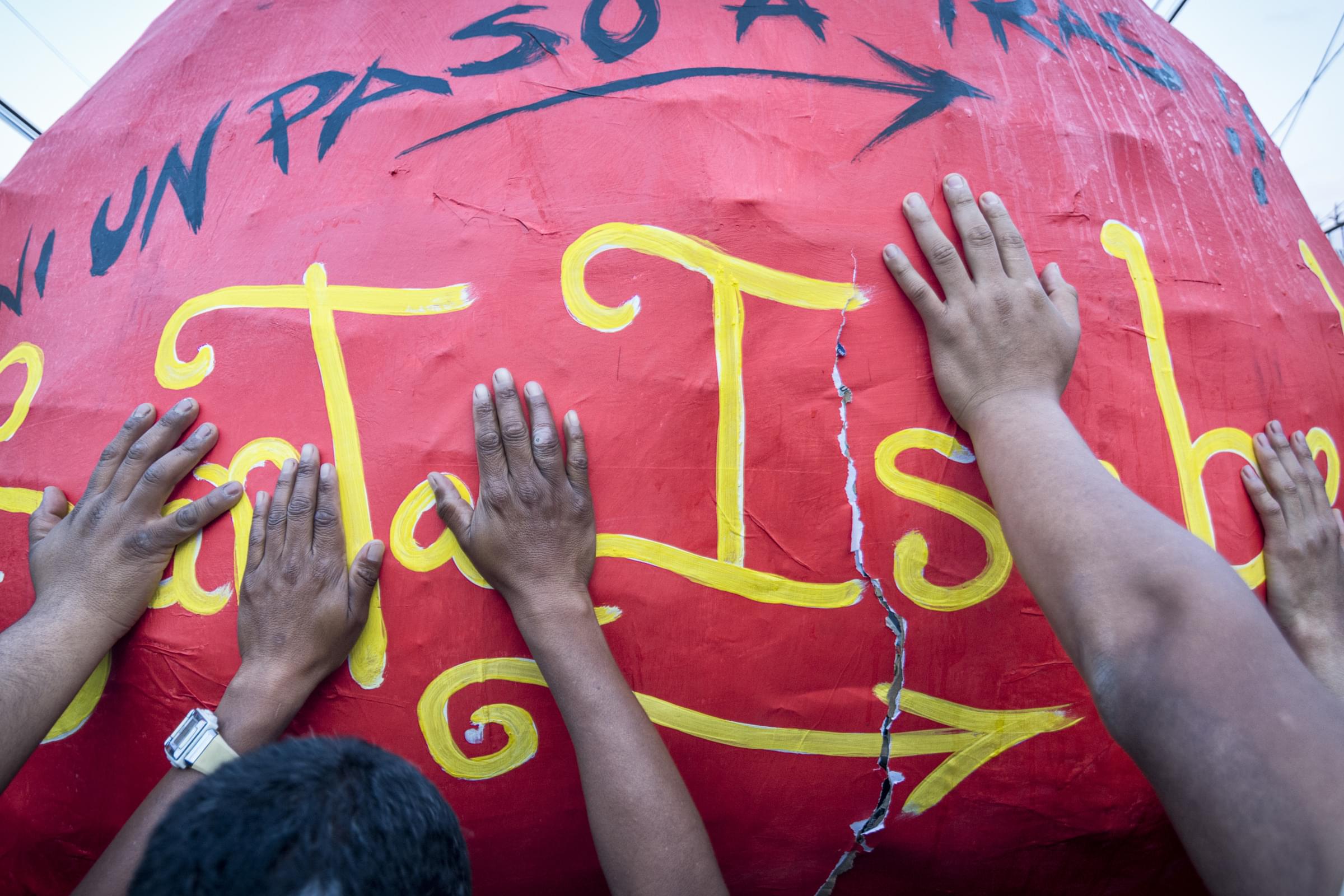 Their creators' hands rest on the bulls. Loving pats fill pauses as the bulls are nudged onwards amongst the thickening crowds. 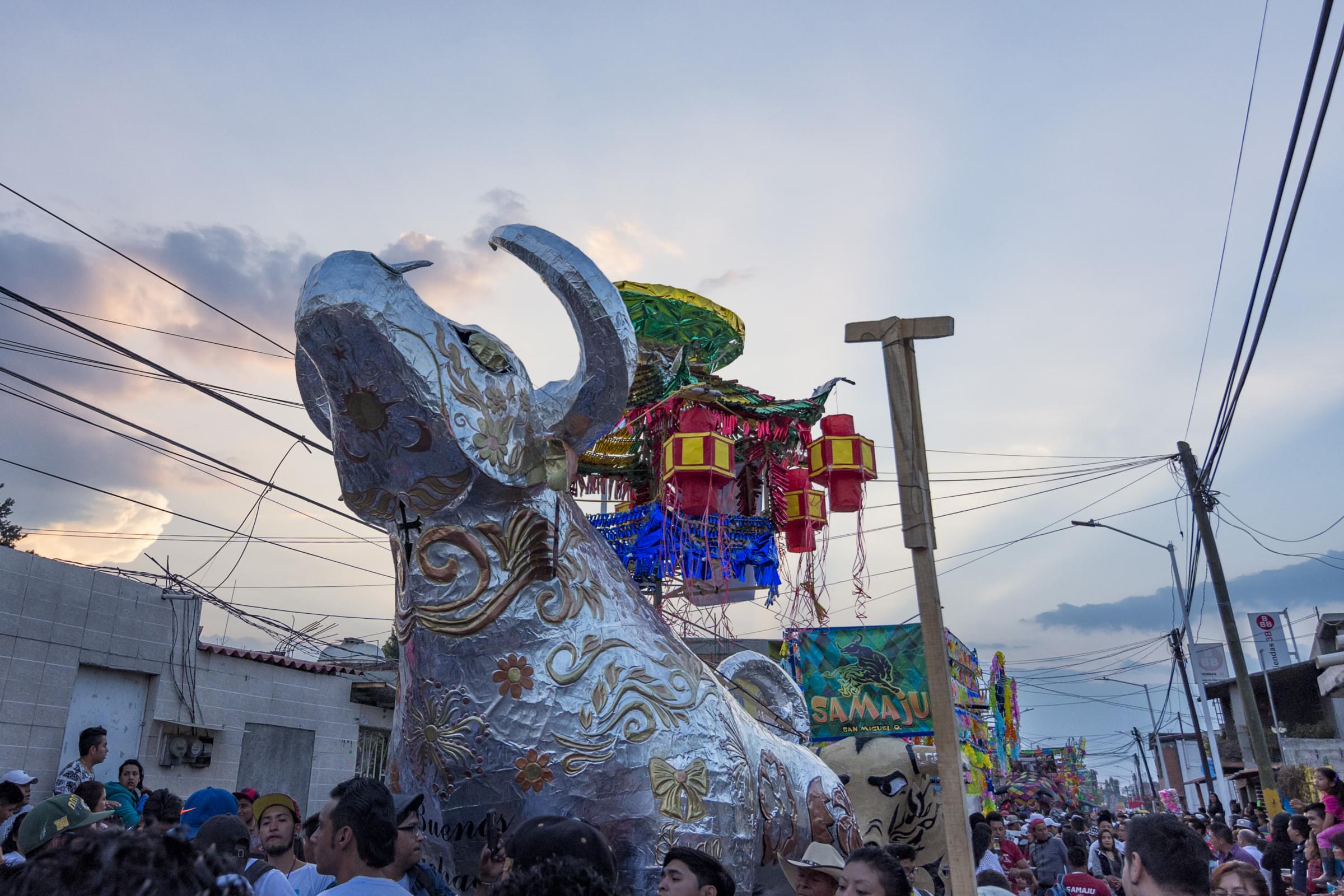 the last rays of the setting sun glint off of the shiny surfaces of the elaborate decorations. The bull holds its head high as it is led to meet its final fate. 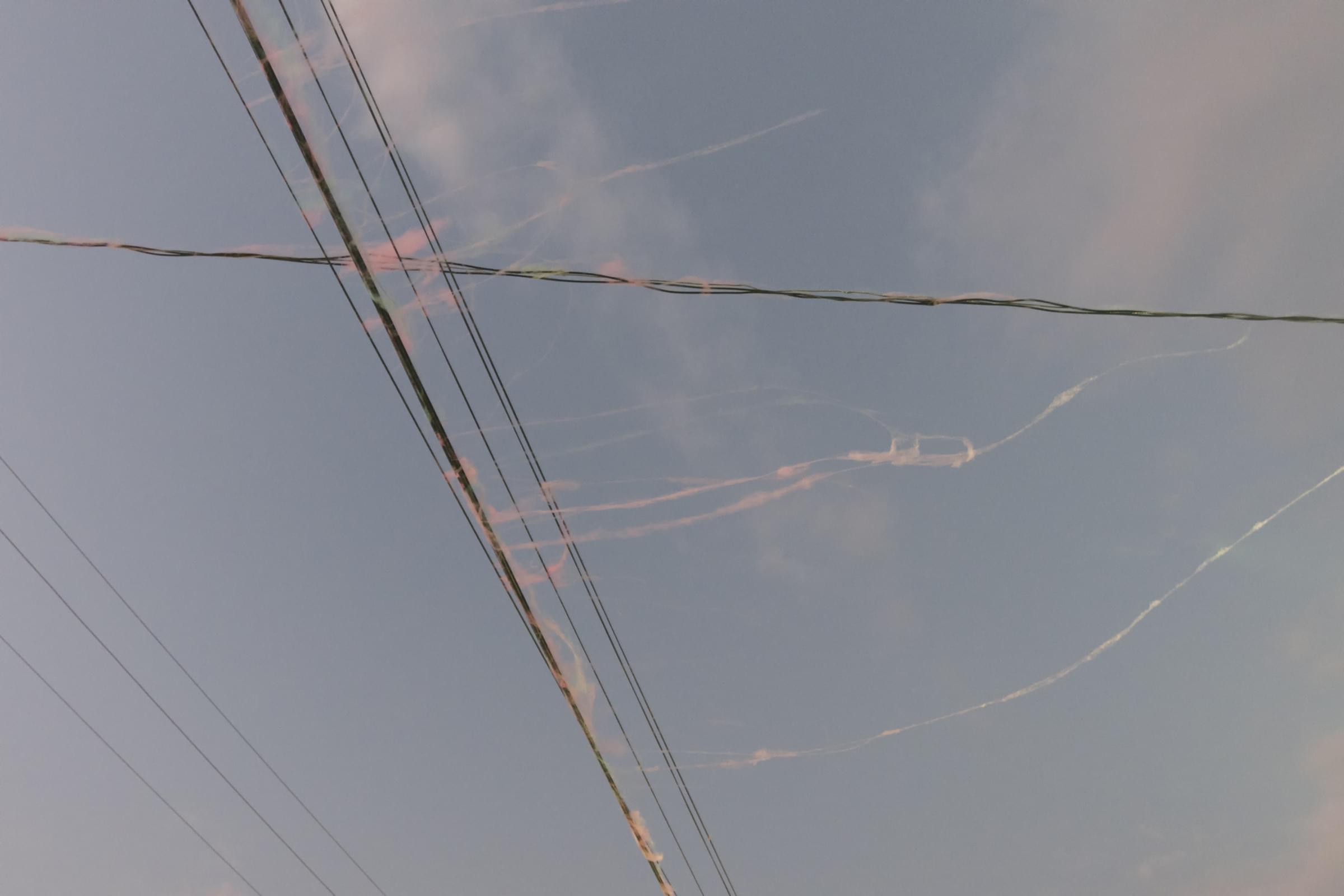 cotton candy floats up and snags on power lines. It catches the last of the evening light and resembles flames as it is lifted by the breeze. It's 7:00pm and a chant can be heard as the first bulls enter the square.... 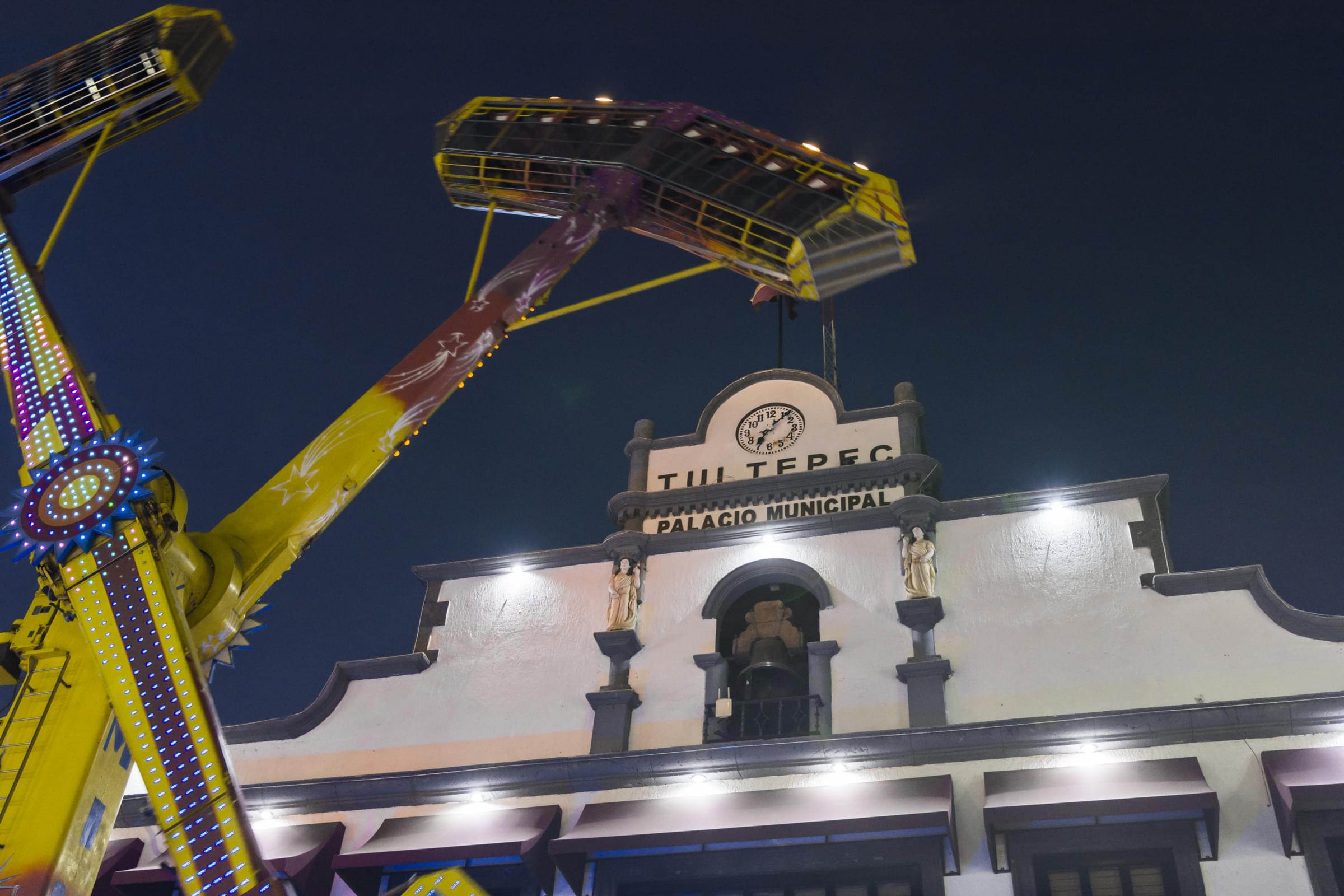 at the town center the clock has struck 7:00pm. A carnival ride pauses momentarily before dropping like a judge's hammer. You can hear a chant as the first bull is led into the square... 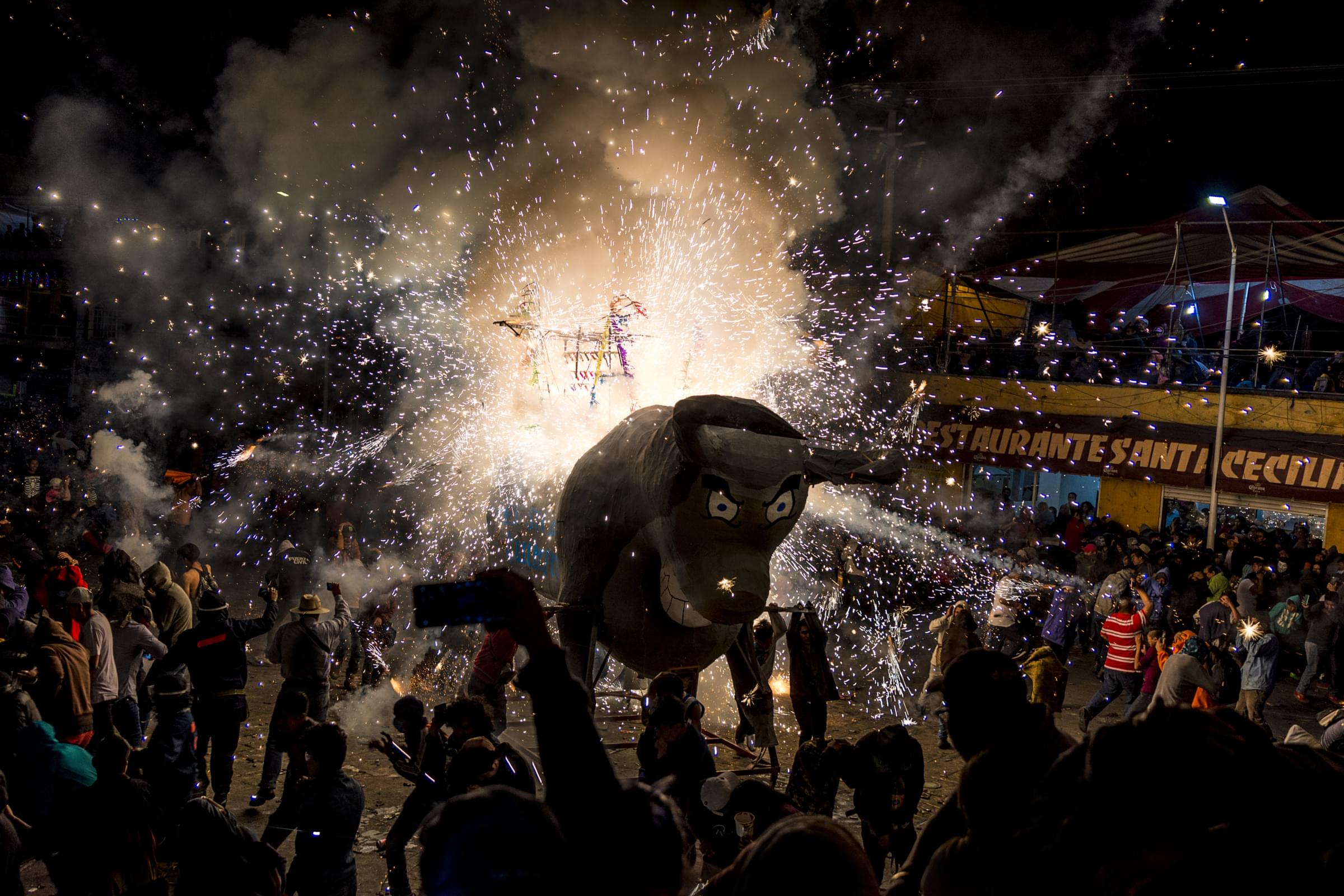 like a wound spring, the bulls explode into a shower of sparks. In the blink of an eye, the crowd erupts into chaos as the entire square lights up like the light of day. 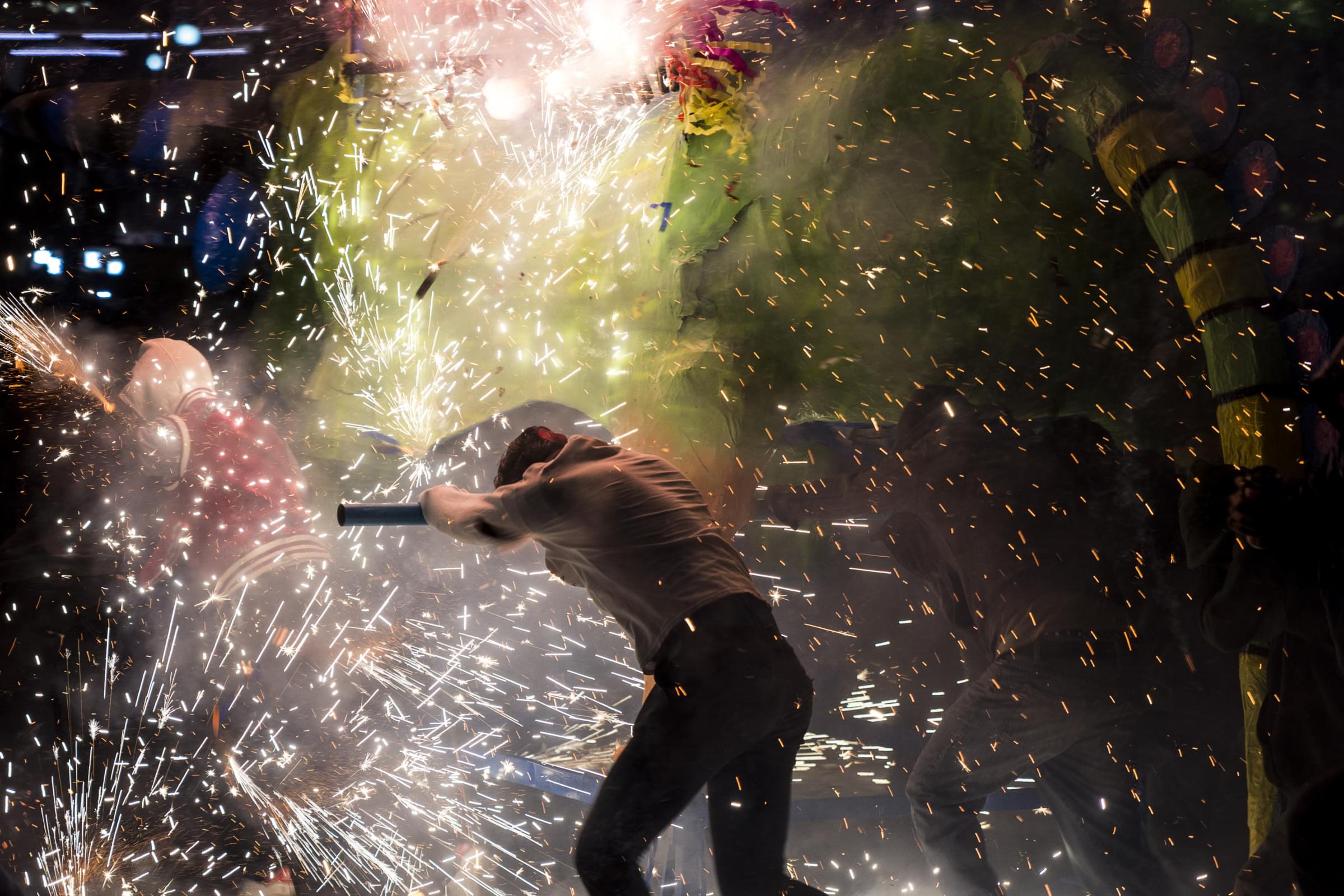 Heads down, the handlers push their bulls randomly around the square, encouraged by the screams of the jostling crowd. 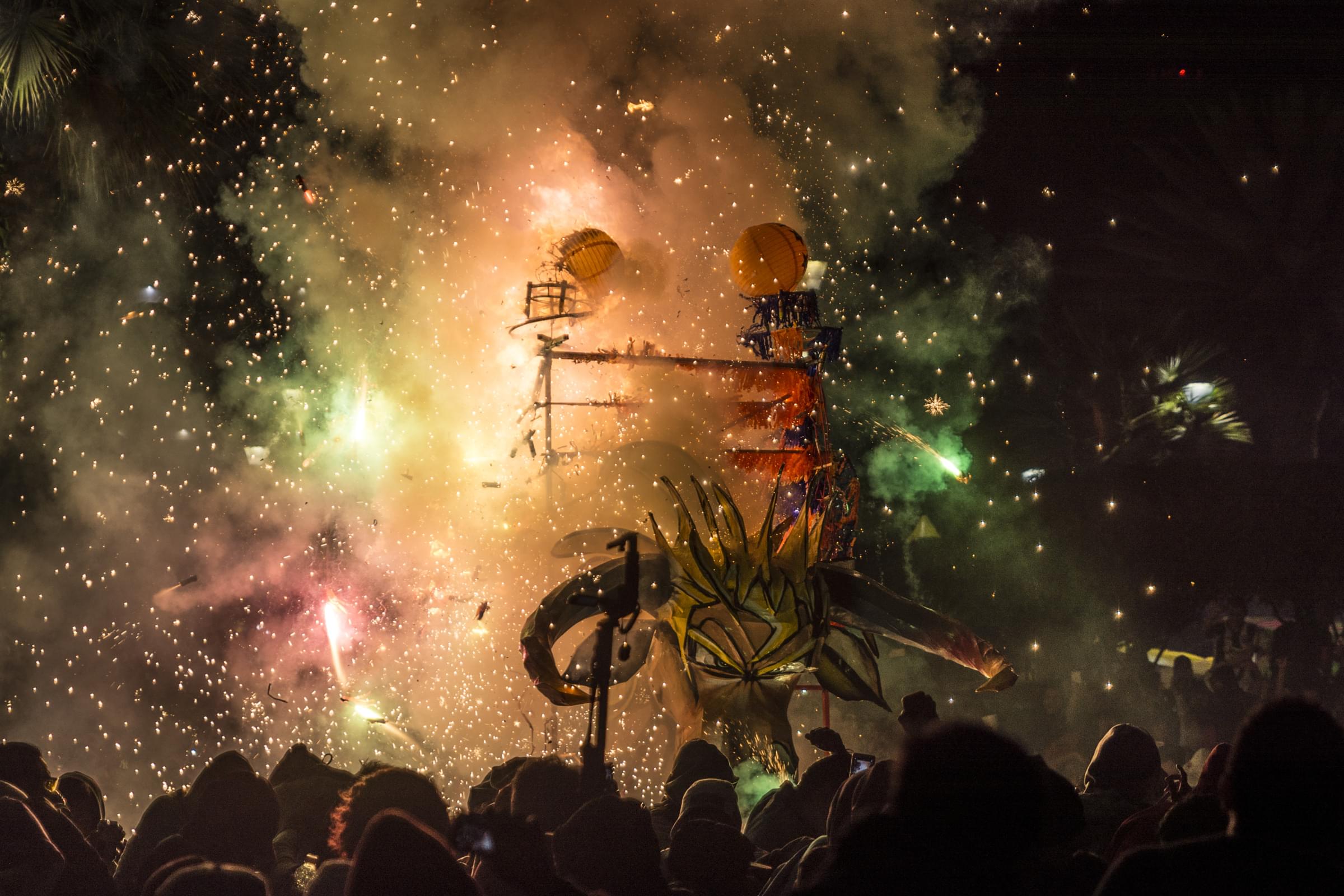 each bull has its own colorful pyrotechnic design that plays out as it careens into the throng of spectators. 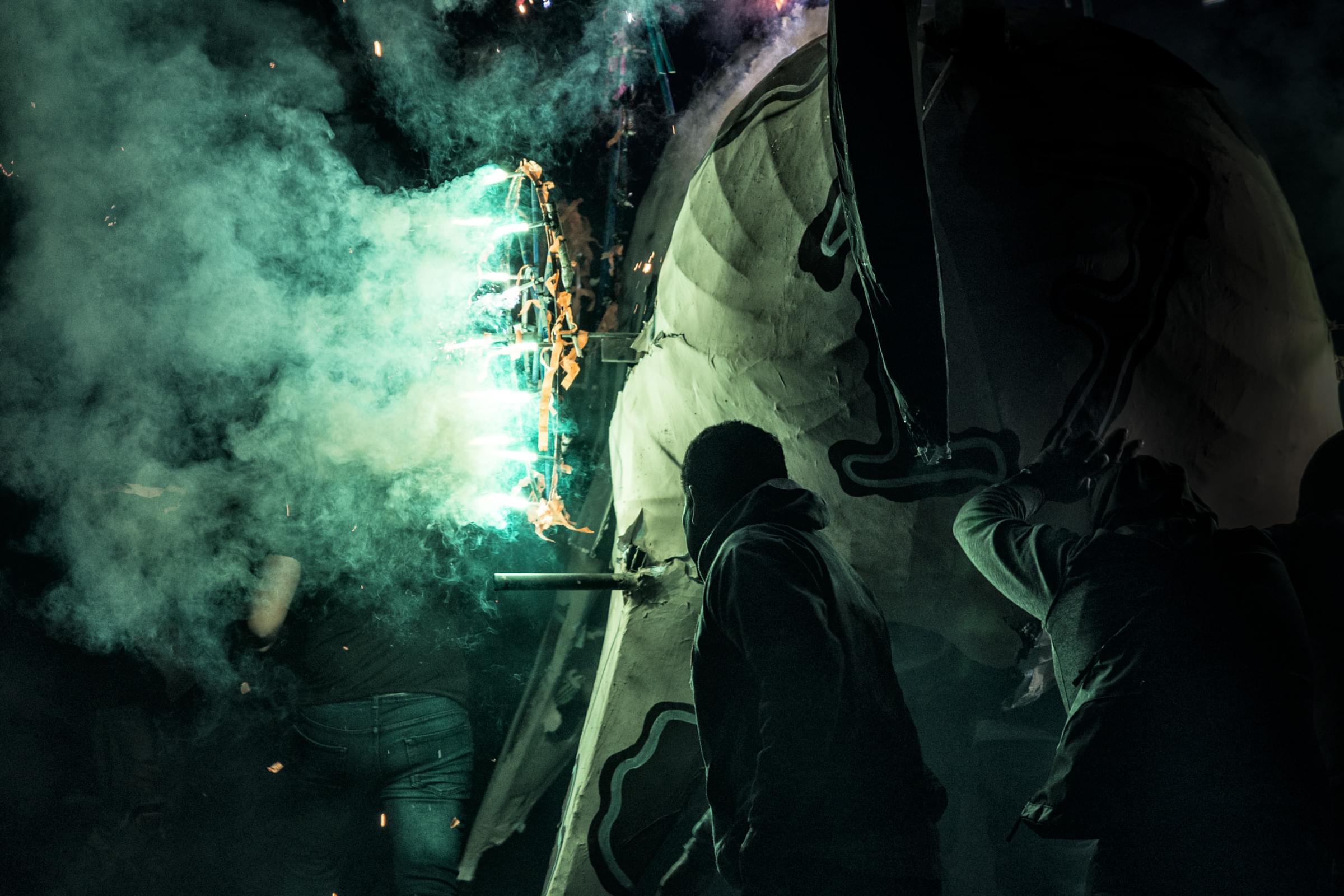 A temporary respite? It's impossible to tell if a bull is exhausted or is just resting, trying to lure the crowd closer before firing upon them again. 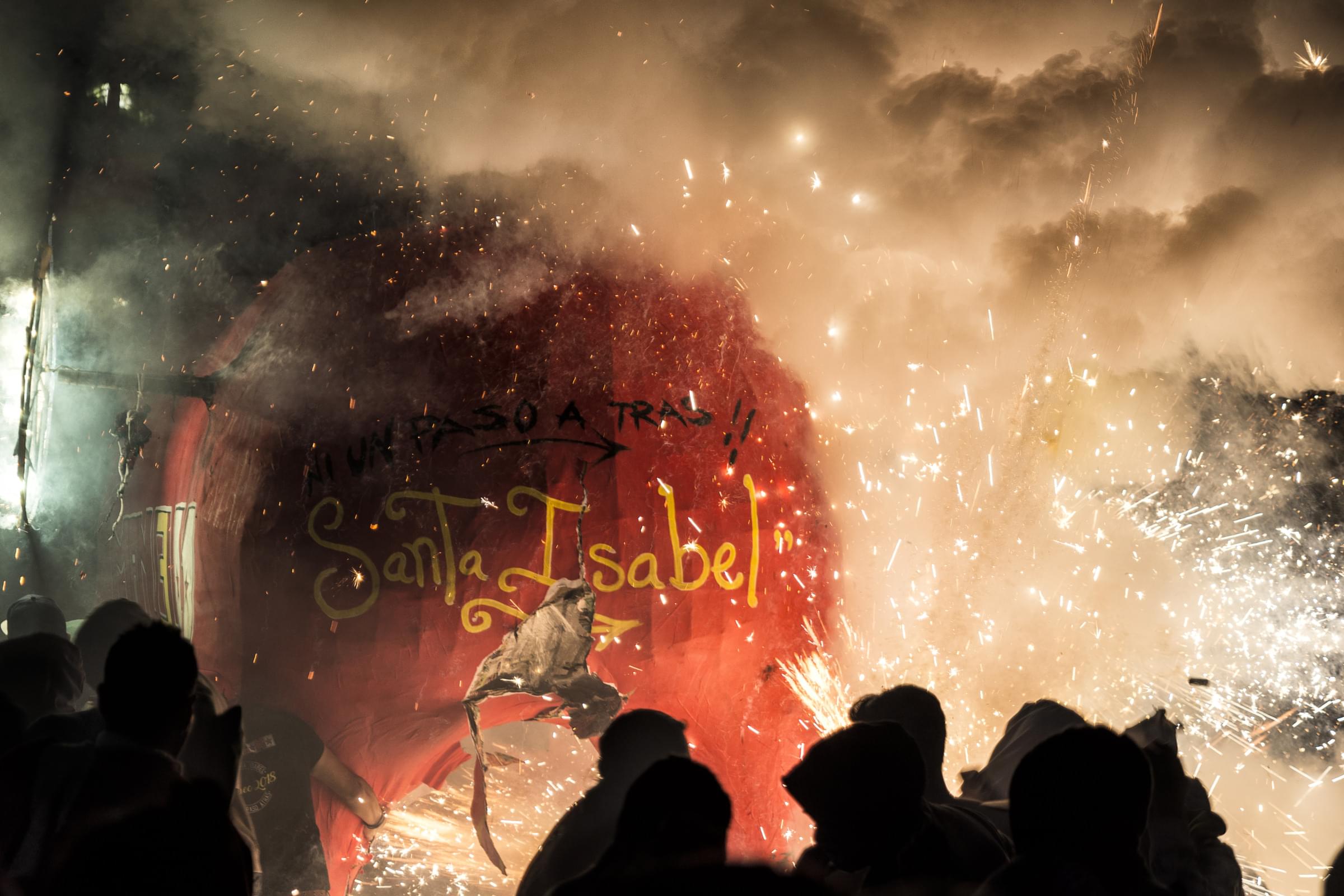 familiar creatures that once ambled nobly down the streets of Tultepec now erupt in fiery and deafening outbursts. 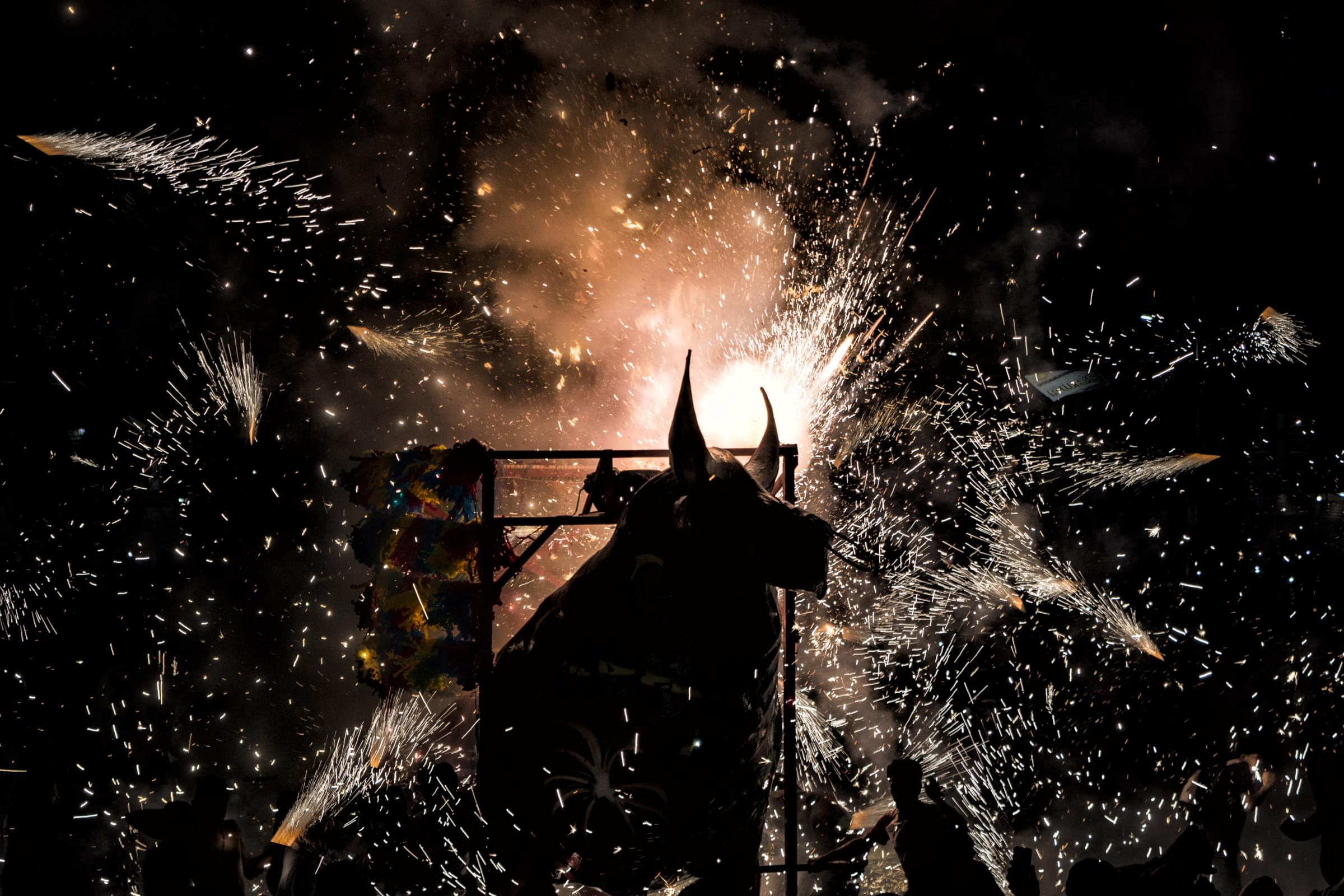 rockets fire unpredictably in all directions. They whistle overhead, snake on the ground, and provoke yelps of pain as they find flesh in the crowd. 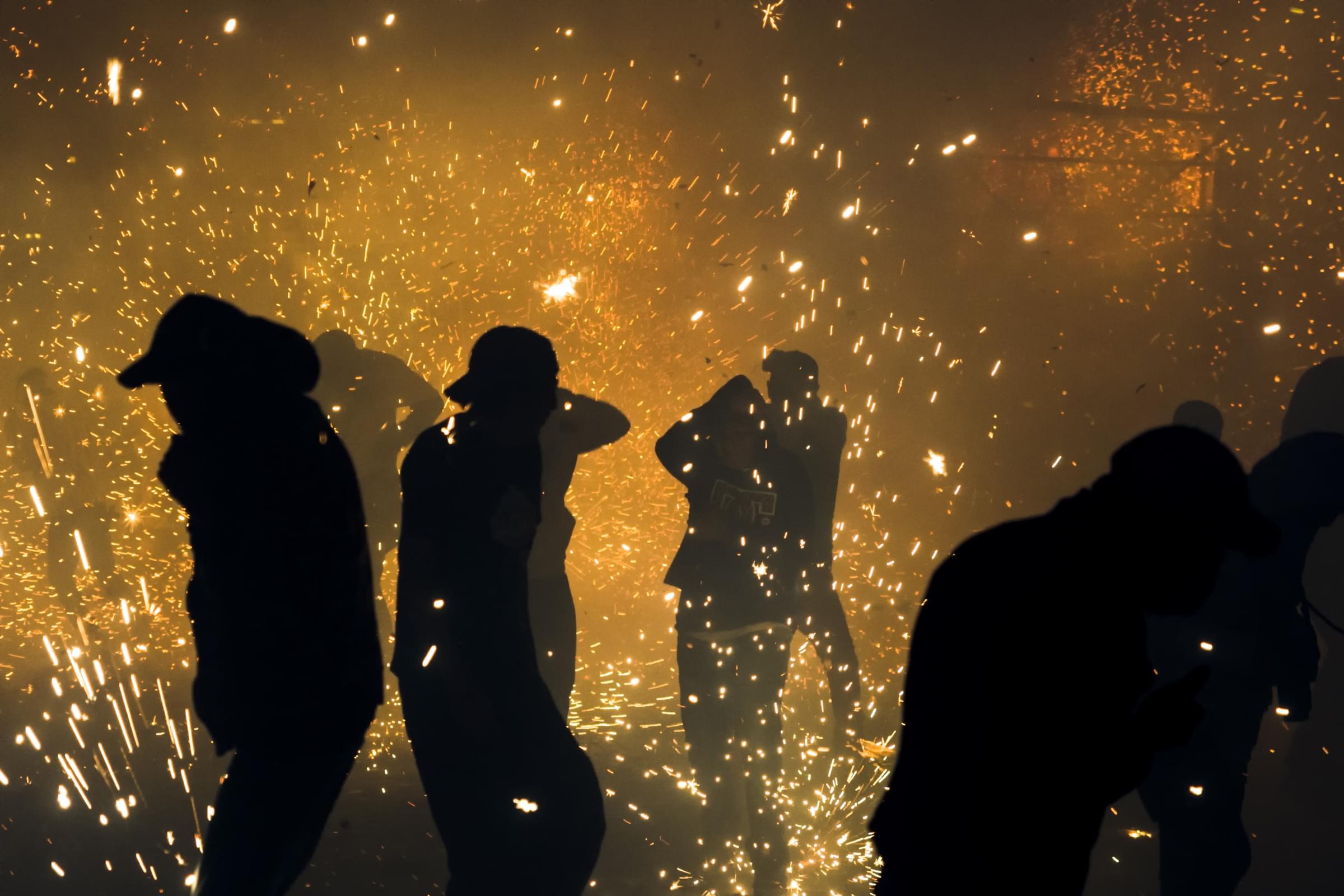 amid the sparks dancers are rendered anonymous silhouettes as they tempt the fire and try to stay as close to the bull as their bravery allows. 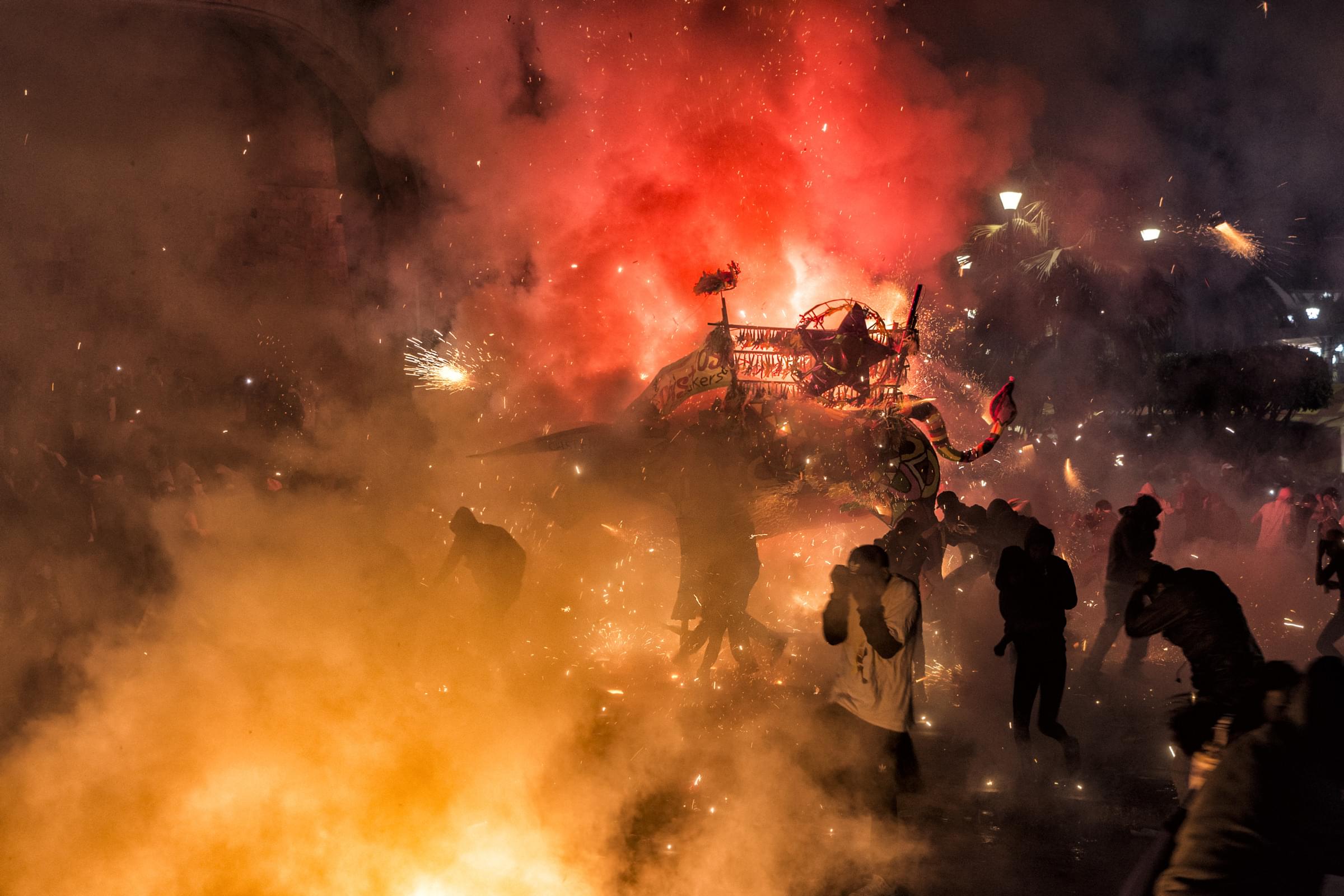 smoke chokes the square, making it hard to breathe. The distinctive smell of burnt sulfur permeates everything and everyone. The most ardent bulls leave a wide swath of empty space and, as the smoke begins to clear, are rewarded by having their smoldering bodies carried out of the square on the many shoulders of the crowd. Bulls that do not live up to the crowd's expectations become the subject of taunts and ridicule. 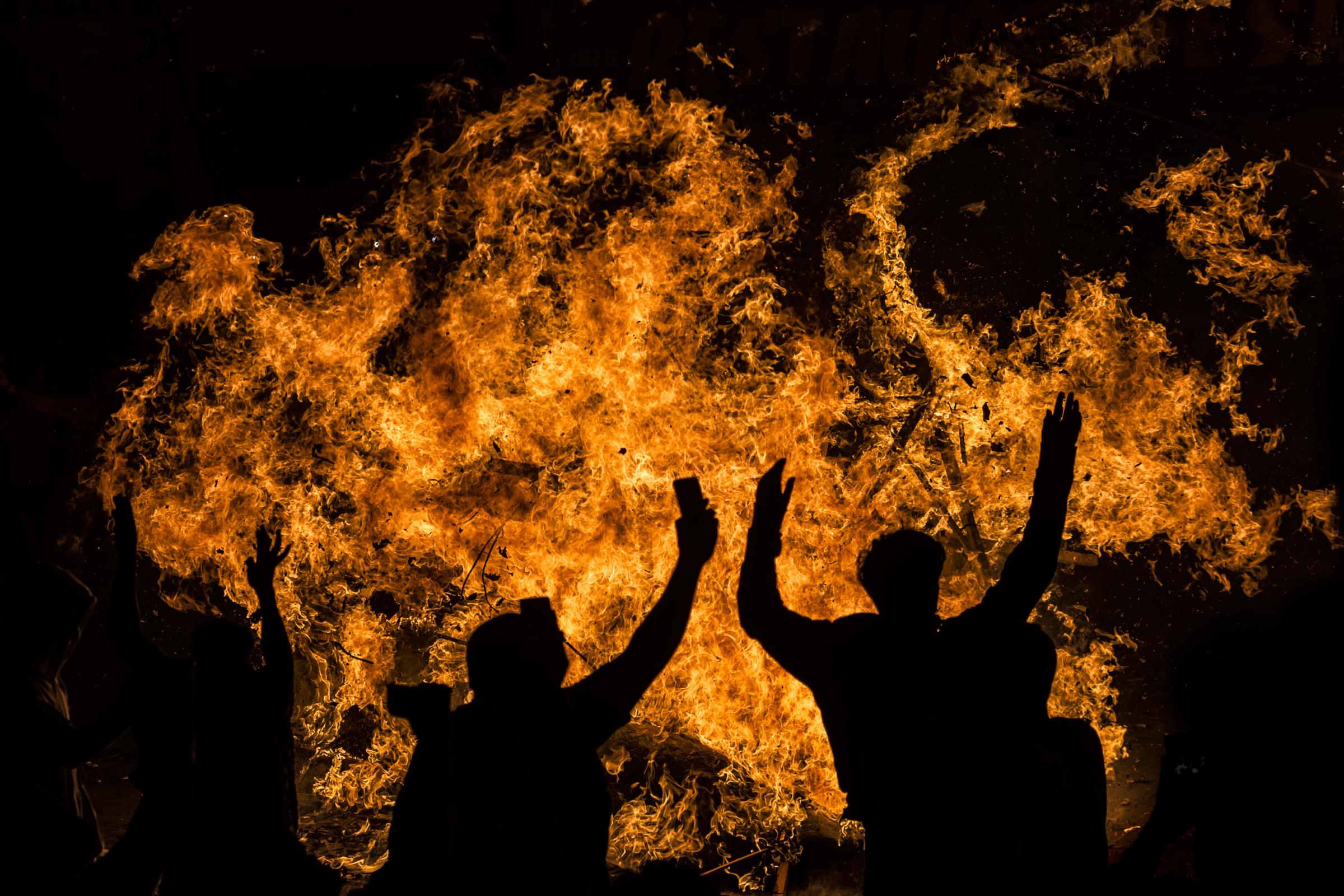 A bull IMMOLATES, leaving only its smoking skeleton behind. By the early morning over 250 toritos have marched through the square, injuring over 500 people. Scars will be worn with pride until next year when a new herd walks the streets again.